I am thrilled see my latest staging project featured in the Herald Tribune Sarasota. This stunning property is a must see! 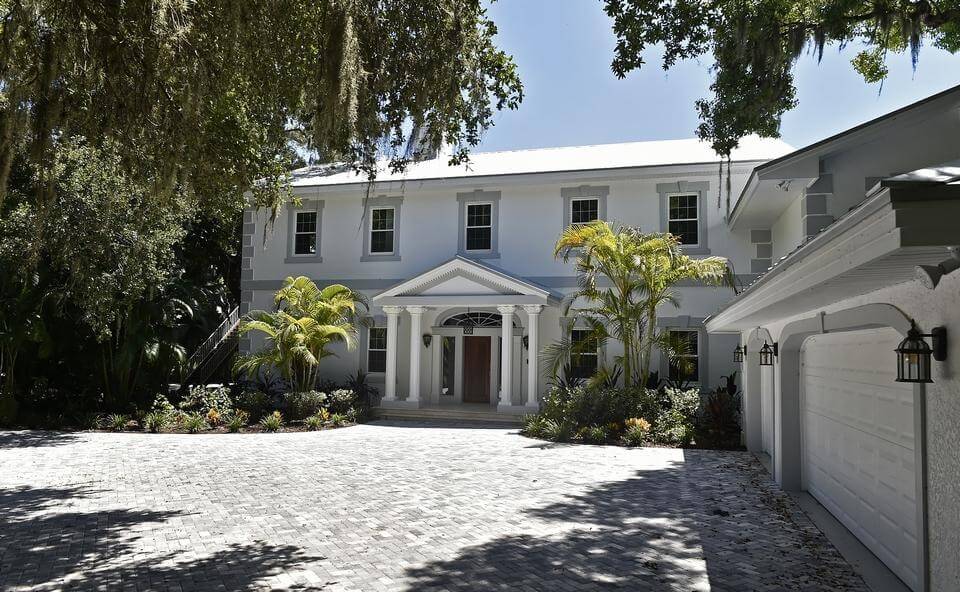 The asking price for the 7,000-square foot home is more than $4 million.

The stately Georgian-style home has five bedrooms (all with a view), seven baths and every other amenity a modern home-buyer could want. This “smart” technology home comes with a wine cellar, security system, elevator, antique European chandeliers, white oak flooring and a classical carved fireplace that dates from the 18th century. Those features might be reason enough to entice buyers to view the estate on Alameda Avenue in the museum district of Sarasota. But in the end, a house is just a house, even one as luxurious and stunning as this 7,000-square-foot edifice is.

It’s the secluded two acres which includes 135-feet on Sarasota Bay along with a boardwalk, dock and boat lift that will probably bring qualified buyers to this private enclave that is on the market for $4,269,800 through the Peter G. Laughlin Group, Sarasota Luxury Lifestyles.

Realtor Laughlin says buyers from another country will certainly be interested in the estate as a vacation home — a Frenchman owns it now — but Laughlin thinks it will probably go to local people who are aware of the scarcity of beautiful bayfront property. “I think the next owners could be people living right now on one of the keys who want the convenience of mainland living but don’t want to give up their wonderful water views, boating or fishing,” he said. “This place is just a three-minute drive to downtown and yet when you come through those gates, you’re in your own private universe. You forget just how beautiful Sarasota can be until you’re in an Old Florida place like this.”

The estate is situated in the neighborhood called Sarasota Bay Park and it is rich in history like its neighbors Indian Beach, Sapphires Shores and the Whitaker Bayou area all of which accommodated Calusa and Timucuan Indian settlements going back more than 5000 years. Sarasota’s first white settler, William Whitaker, built his first home in 1842 at Yellow Bluffs nearby. Skip to 1906 when a Connecticut doctor came to winter in Sarasota and stayed to plat the neighborhood of Indian Beach. Building winter homes along the bay in that section of Sarasota became so popular with his friends from home that Dr. F. Williams’ community became known locally as the Connecticut Colony.